In the earthly paradises described by the “Guides”, harsh reality was actually very different. Shortly after their arrival, emigrants started to realise what America was really like, and not merely the country they had dreamt of. The images of an earthly paradise which had dazzled them were rudely shattered by the cumbersome bureaucratic formalities which they had to go through, particularly in the United States, where many of them were denied admission because they had crippling diseases.

Those who were accepted were treated, almost bartered, as if at a cattle fair or a slave market. Various measures were taken over the years to limit the numbers of immigrants. Health regulations were already rigid, with a quarantine period at Ellis Island. In 1917, after twenty years of ‘threats’ and of hostile measures such as literacy testing, an actual reduction of immigration was imposed. In the early 1920s, “access fees” were introduced by law. Basically, the authorities determined the number of immigrants of each nationality who could enter the country year by year.

In Argentina and Brazil, which became home to masses of Italian emigrants, even landing was not easy. Voyagers could land only after being transferred from the ship on little boats (in Argentina the last stretch of sea was even crossed on little horse-carts, while in Brazil Sao Paulo was reached by train from the port of Santos).

Once on the mainland, people were accommodated in structures which could be defined as “temporary mass accommodation” – the Hotel and the Hospedaria for immigrants. The governments of the two countries provided general information on local customs and traditions, as well as job centres, though there was no selection of the newly arrived on the basis of their working skills.

The driving force behind the emigrant was the “migratory chain”, a network of relatives, friends and fellow citizens who had already been part of the exodus and were in a position to guide the newly arrived through every stage of the experience, helping them settle more easily. 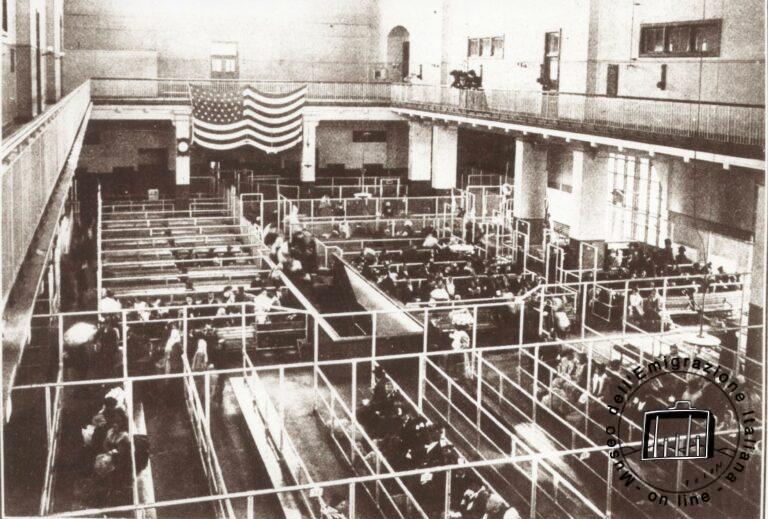 USA, New York, the Ellis Island hall, where immigrants were left to wait for inspection and acceptance formalities to be completed 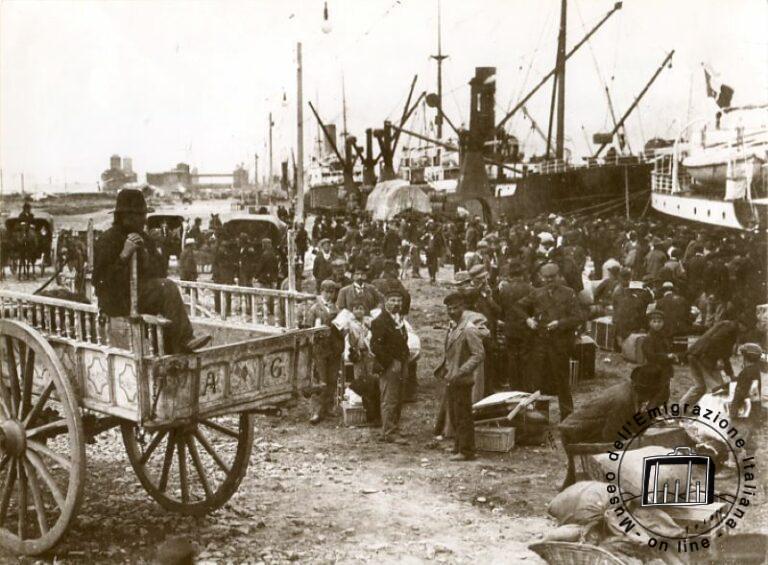 Argentina, Buenos Aires, early 1900s. Carts carrying immigrants ashore. The ship was berthed offshore and immigrants were brought close to shore in large boats. They were then transferred on to carts waiting in the shallows and were able to reach dry land without having to wade ashore. 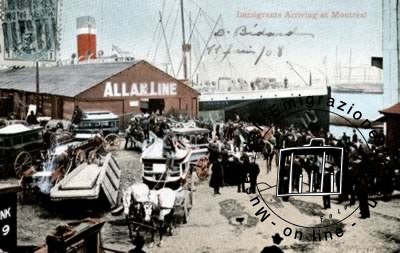 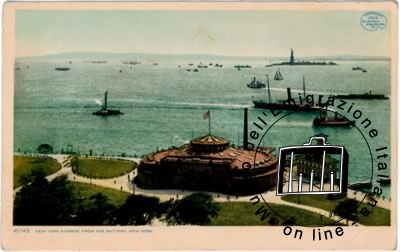 USA, New York. Landing quay of the Italian General Navigation Company
Manage Cookie Consent
To provide the best experiences, we use technologies like cookies to store and/or access device information. Consenting to these technologies will allow us to process data such as browsing behavior or unique IDs on this site. Not consenting or withdrawing consent, may adversely affect certain features and functions.
Manage options Manage services Manage vendors Read more about these purposes
View preferences
{title} {title} {title}