During the first waves of Italian migration, between the end of the 19th century and the early decades of the 20th century, Australia was not a particularly popular destination among our compatriots. This is probably due to the fact that it was a little known region and was much further away and more difficult to get to than other countries, given also the high costs of the voyage.

Interest in Australia increased in the decades that followed, but it was only with the ambitious programme of the Australian Immigration Minister, Arthur Caldwell, which was highly advantageous for emigrants from Europe, that a veritable flow of migration from Italy began. Between 1951 and 1969 more than 200,000 Italians arrived in cities such as Sidney, Melbourne, Perth and Adelaide, where they found work in the construction industry and in the building of roads and railways. Others chose rural Australia, for example the territories in the North-East such as Queensland, where there was a high demand for labour for sugar cane cultivation.

From 1970 the flow of emigrants waned, but, thanks to the emigrants, Italian became the second language after English spoken and taught in Australia at the time, and the Italians had a significant influence on Australian culture and society. 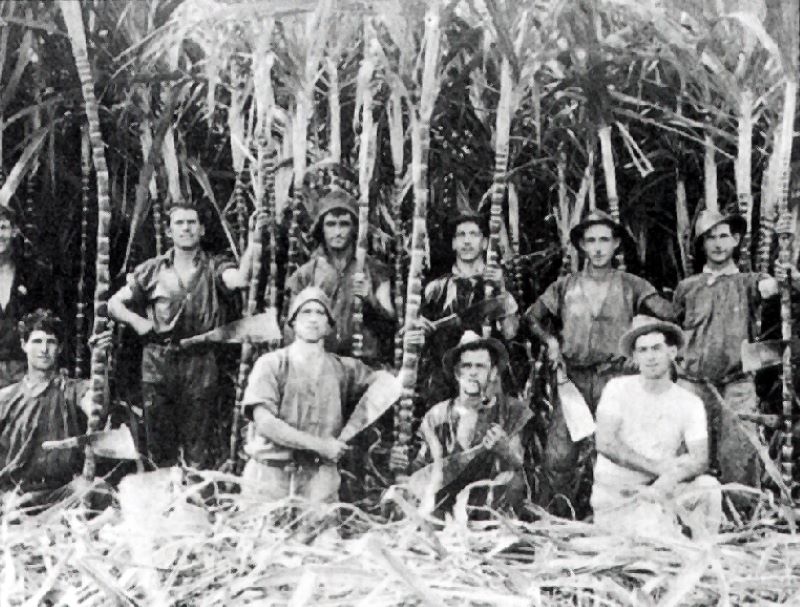 Queensland, Australia, about 1920. Sugar cane cutters
Manage Cookie Consent
To provide the best experiences, we use technologies like cookies to store and/or access device information. Consenting to these technologies will allow us to process data such as browsing behavior or unique IDs on this site. Not consenting or withdrawing consent, may adversely affect certain features and functions.
Manage options Manage services Manage vendors Read more about these purposes
View preferences
{title} {title} {title}