To coordinate and promote government assistance for immigrants, a General Commission for Immigration was eventually instituted in late January 1901, after years of debates in Congress. This was to become the sole centre dealing with immigration issues, which had previously been handled by many different Offices.

The Commission’s brief included the authorisation to appoint representatives of carriers, surveillance of their activities, assistance to immigrants in ports as well as before arrival, protection of women and children, repression of illegal emigration and collection and dissemination of useful information for emigrants.

In addition to the Commission, a Fund for Emigration was also created, to finance a variety of services, with revenue deriving from the carriers who brought the emigrants from Europe.

The Commission was also in charge of warning emigrants against the many fraudulent practices perpetrated by agents for emigration, both on departure and on arrival. Before the creation of the Commission, assistance was a prerogative of various private institutions. In 1887, Monsignor Giovambattista Scalabrini founded the Congregation of St. Charles Missionaries, which looked after emigrants in Europe, in North and South America and in Australia. This Foundation, still prominent today, is now known as the Scalabrinian Congregation, from the name of the founder. 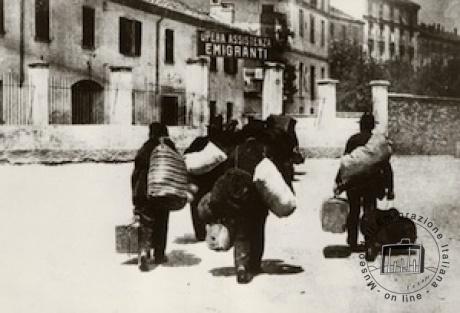 Emigrants in Switzerland going to the Immigrants Assistance Board at the Chiasso railway station, early 1900s 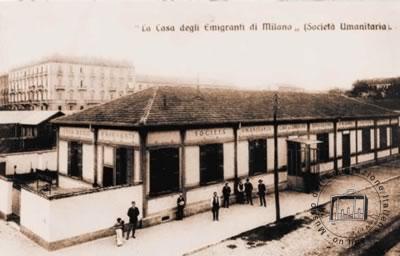 Milan, 1910. The Casa degli Emigranti, where emigrants were accommodated by the Società Umanitaria, a reformist-inspired lay association. 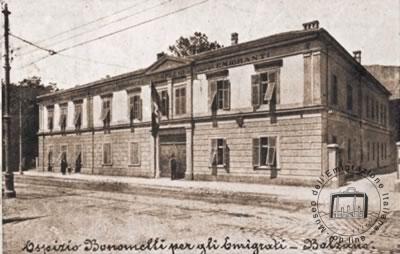 Bolzano, about 1900. Home for emigrants assisted by the Opera Bonomelli

Badge of the Opera Bonomelli, 1900 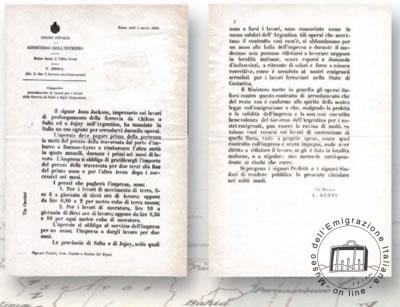 Rome, 1889. A circular issued by the Home Office, concerning the need for immigrant labour to build railways in Argentina 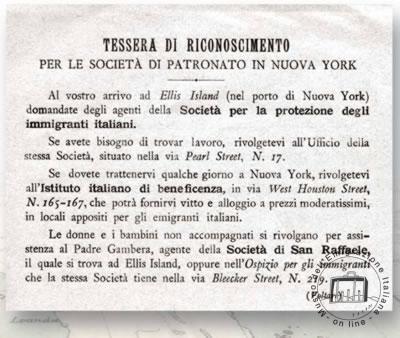 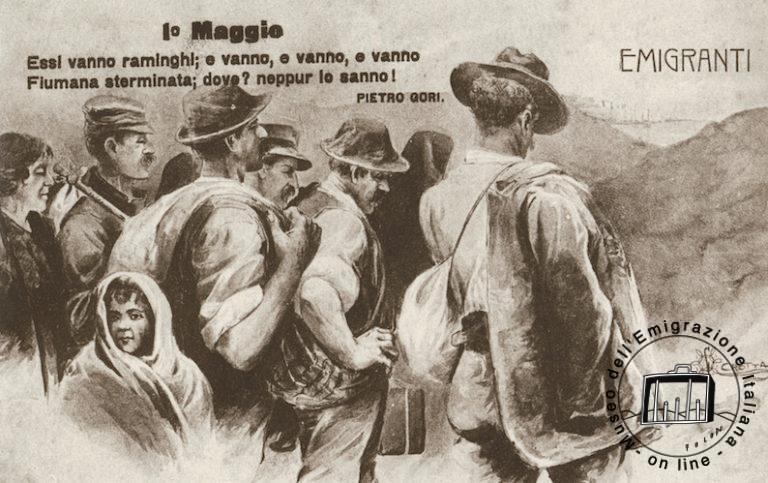 “Emigrants!” Postcard published by the Italian socialist newspaper “Avanti” for Labour Day
Manage Cookie Consent
To provide the best experiences, we use technologies like cookies to store and/or access device information. Consenting to these technologies will allow us to process data such as browsing behavior or unique IDs on this site. Not consenting or withdrawing consent, may adversely affect certain features and functions.
Manage options Manage services Manage vendors Read more about these purposes
View preferences
{title} {title} {title}