I’m Writing You This Letter

The title of this chapter highlights that, among the images preserved for posterity, letters are actually conspicuous by their absence. Letters travel the world and, for all the apparent flimsiness of paper, ensure that strong family ties are not lost as a result of emigration. They express, albeit sometimes implicitly, the suffering caused by being uprooted from one’s own world, by isolation and by discrimination. But at the same time they clearly describe the great opportunities offered by the new home land to those who have remained in their village of origin and might be encouraged to leave.

A characteristic feature of emigrants’ letters is the transposition of oral language into written form: you write as you speak, your spelling is rather hit-or-miss (especially with foreign words, and with Italian words you are not confident with) and your punctuation is poor.

But the “real letters” are the photographs which emigrants exchange with their family and friends. So, the question is: is it possible to photograph emigration? In theory, to address this phenomenon exhaustively we should have many pictures to look at, since each of them tells a story and offers much to think about.

The group seen in an orderly line in the large hall at Ellis Island, seemingly crammed between bars which are a mere optical illusion but create the impression they are prisoners, tell a more touching story than any statistics.

And in the numerous pictures of emigrants seen against a background of benevolent facilities, both lay and Catholic, dating back to the age of great emigration or to the period after the Second World War, the scenario is always the same one: men are pictured from behind, weighed down by their luggage, as if awaiting the sustaining embrace of their benefactors.

When cameras at last became affordable for everyone, all emigrants were able to create their own album, taking care of their beautiful photos and recording details of each. When we look at the people pictured next to cars, we might notice that their hands are firmly pressed against the bodywork – could this be an unconscious sign of their hard work to obtain these symbols of social and financial status?

Among this heritage of memories there are also less formal images, intended to surprise the viewer. In such cases a little exoticism will do no harm, and people pose in the folk costume of their adoptive homeland or strike a light-hearted pose – from sitting at a bar table full of glasses and bottles, as if in a society party, to dressing up as straight-faced cow-boys and gauchos, or even pretending to be flying on a hot-air balloon. 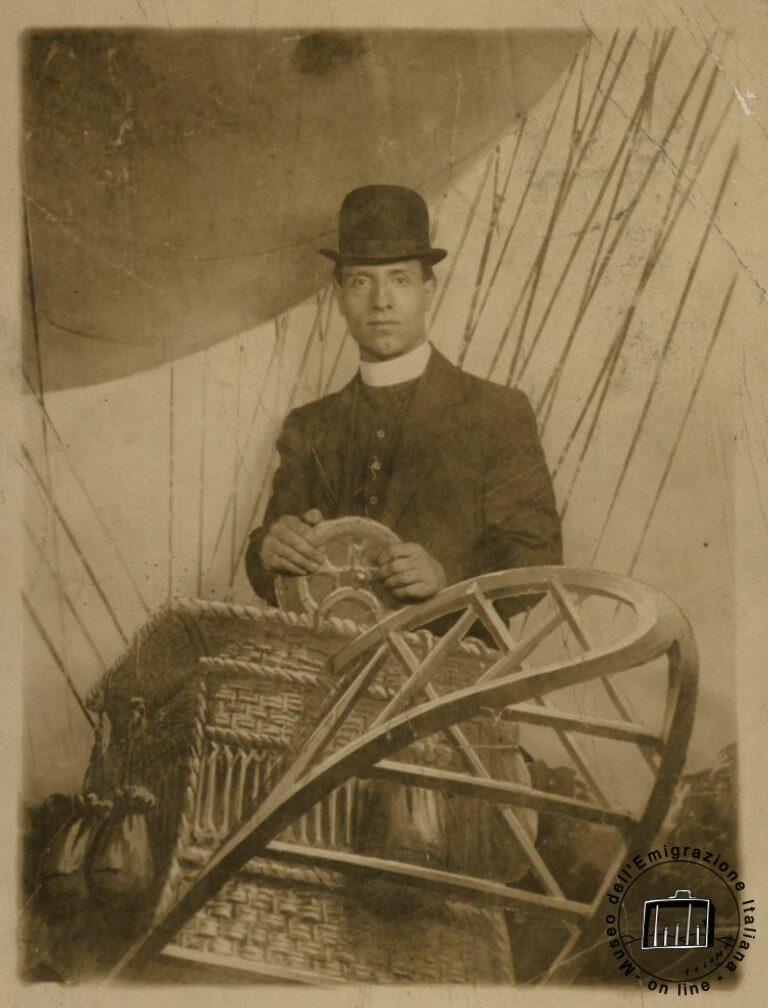 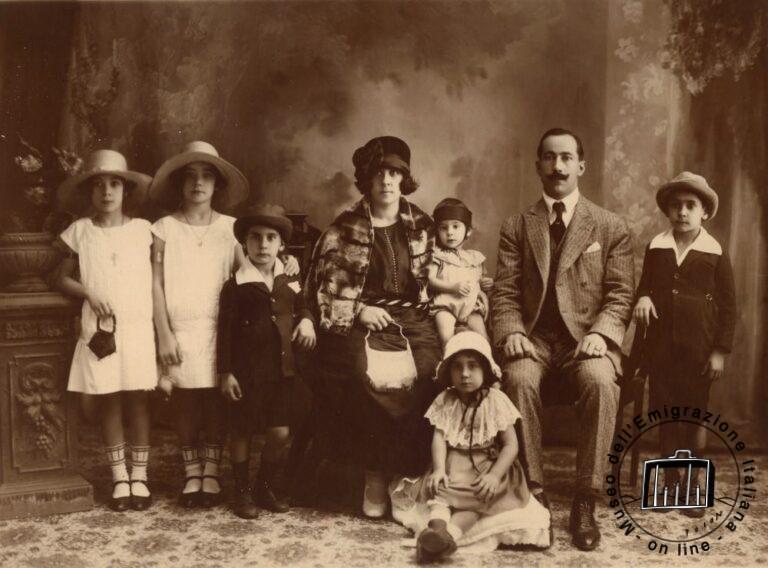 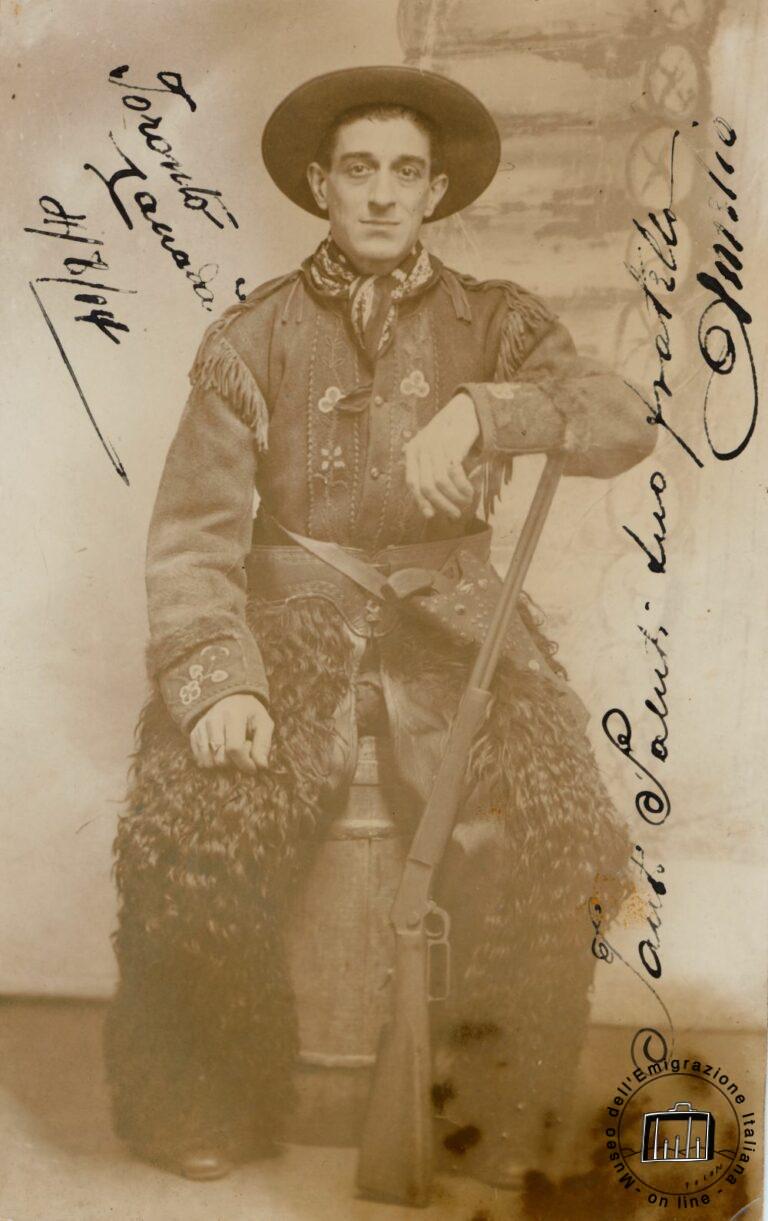 Canada, Ontario, Toronto, 1904. Emilio Massonieri: a cowboy
Manage Cookie Consent
To provide the best experiences, we use technologies like cookies to store and/or access device information. Consenting to these technologies will allow us to process data such as browsing behavior or unique IDs on this site. Not consenting or withdrawing consent, may adversely affect certain features and functions.
Manage options Manage services Manage vendors Read more about these purposes
View preferences
{title} {title} {title}