The main passengers aboard ships sailing directly to South America were initially emigrants from the agricultural regions in Northern Italy. Those who could afford a more expensive ticket went to South America, where integration was certainly easier. The South American culture was in fact very close to that of Italy, as was religious observance, and there were fewer language difficulties. Emigrants from the Veneto and Friuli favoured Brazil, while Argentina was primarily the destination of those from Piedmont. Both were vast, sparsely populated countries where the local administrations sought to increase the population by encouraging immigration from Europe. Emigration to Brazil and Argentina continued for more than a century and only ceased at the end of the 1950s due to the economic recession.

If Brazil and Argentina, together with smaller Uruguay, were the most immediate destinations, since they lay on the routes of the transatlantic liners, we should not forget that there were also Italian emigrants to other Latin American countries, such as Chile, Peru, Ecuador, Colombia and Venezuela. There was a veritable boom in migration to the last of these in the 1950s due to the discovery of oil deposits and the resulting industrial development of the country. 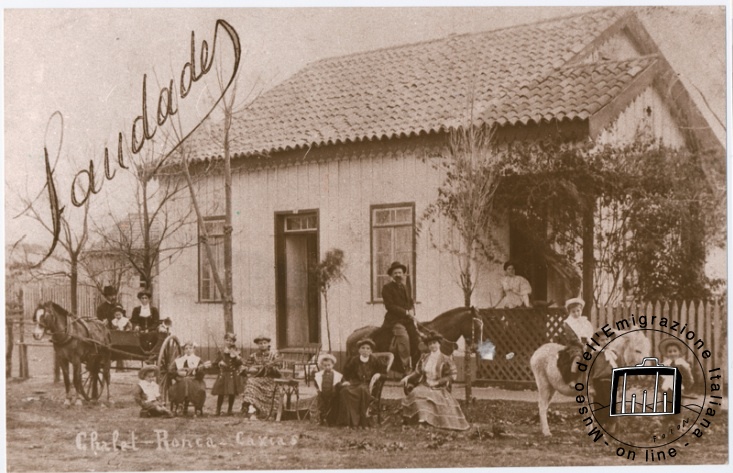 Brazil, Southern Rio Grande, 1905. The Ronca family. Homesickness is so ever-present that it is even shown in the picture
Manage Cookie Consent
To provide the best experiences, we use technologies like cookies to store and/or access device information. Consenting to these technologies will allow us to process data such as browsing behavior or unique IDs on this site. Not consenting or withdrawing consent, may adversely affect certain features and functions.
Manage options Manage services Manage vendors Read more about these purposes
View preferences
{title} {title} {title}