From Italy to the world

Italian emigration lasted from the last decades of the 19th century until the 1970s and was characterised by geographical dispersion all over the world. What are called "expulsion factors" concerned agriculture, threatened by cheap imports of American wheat and other cereals, competition from some European countries in the oil and wine trade and, especially in the southern regions, the extension of the latifundium and the practice of primitive cultural techniques.

The suitcase has long been the symbol of emigration. Before the suitcase there was the 'bundle': a piece of cloth, a shawl at best, in which to wrap things to take with you to the new country. The word 'infagottare' is widely used in a figurative sense: to cover, to clothe, to wrap up a person as best one can with clothes, heavy and abundant cloths so as to make a bundle. In some of the photos published here, women can be seen "bundled up", as if they were luggage in that they were wearing several layers of clothes, so as not to leave their poor and therefore precious possessions unattended in the holds.

And in the bundle, or the suitcase, there was a whole "world": memories of the family now far away, a note for a relative or a fellow countryman, sometimes a letter of introduction for someone who, it was hoped, might be able to help, food, a musical instrument... a world, indeed. 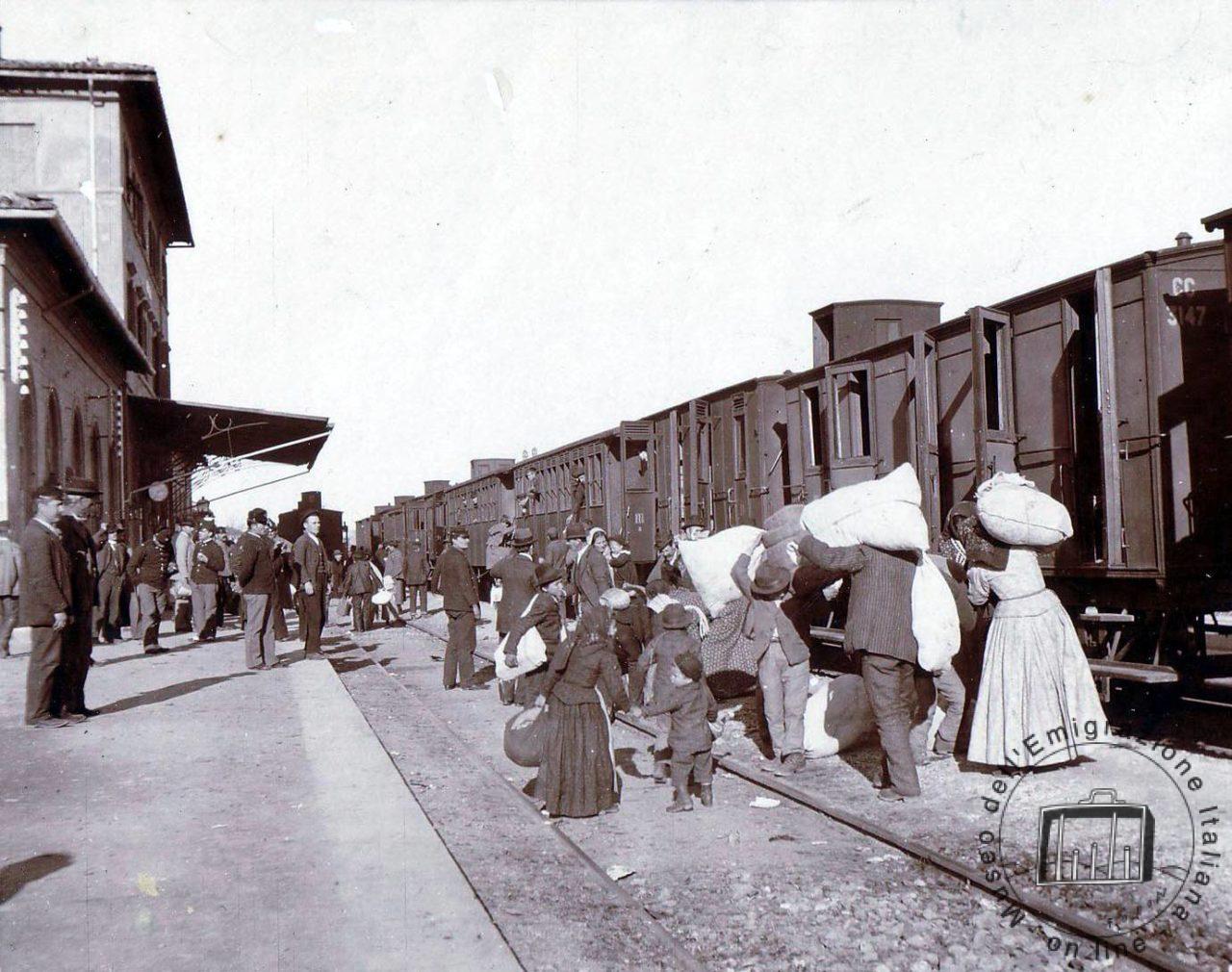 Emigranti in partenza da una stazione ferroviaria, 1908
Manage Cookie Consent
To provide the best experiences, we use technologies like cookies to store and/or access device information. Consenting to these technologies will allow us to process data such as browsing behavior or unique IDs on this site. Not consenting or withdrawing consent, may adversely affect certain features and functions.
Manage options Manage services Manage vendors Read more about these purposes
View preferences
{title} {title} {title}