The streets of Little Italy, as the Italian district of a city was called in the United States, were narrow, overcrowded, dirty and surrounded by run-down tenements. The tenement was a big building which often had shared bathrooms (on the landings or in the courtyard), while the entrance was in small alleys which were often dark and extremely narrow.

In Buenos Aires, emigrants, Italians and other prospective settlers were accommodated in the port area, in buildings which had once been elegant and had now been turned into so-called conventillos for immigrants.

The typical layout of the conventillo was rectangular, with two floors and an inner courtyard in which shared bathrooms were to be found. Newly arrived immigrants found lodgings in “Little Italy” and, since they were often homesick and lonely, they found solace in a community which basically reproduced the values and behavioural codes of their home country.

The pictures of the overcrowded conventillos in Buenos Aires and of Mulberry Street in New York help us understand how these communities contributed to the perpetuation and spread of the immigrants’ home culture.

This was the origin of the Italian districts in the big American cities, known by a variety of names. The streets had the function of the village square, of places in which a common cultural heritage was palpably reproduced, almost in limbo between home roots and the new “frontiers”.

Later, the achievement of buying one’s own home became one of the most reassuring signs of success and improvement, a place which immigrants could finally feel was theirs.

Home is both a nest and a fortress, a shelter for everyone who has “Italy inside and America outside” and still has much to do in order to make their mark in the new homeland they have settled in. And pictures are like personal accounts of the emigrants’ experiences.

From the Cresci Archives here are two different accounts: Augustin Storace is a trader and a bombero (fireman) in Lima. He has had a good education and uses his camera to portray scenes of family life. Benny Moscardini, settled in Boston, makes a less private use of photography: he takes pictures of the community’s children, of the streets full of flags to honour General Diaz and, on the occasion of a journey to Italy, even a quay in the port of New York. The world of Storace is all between his home and shop; that of Moscardini is more outward-looking. 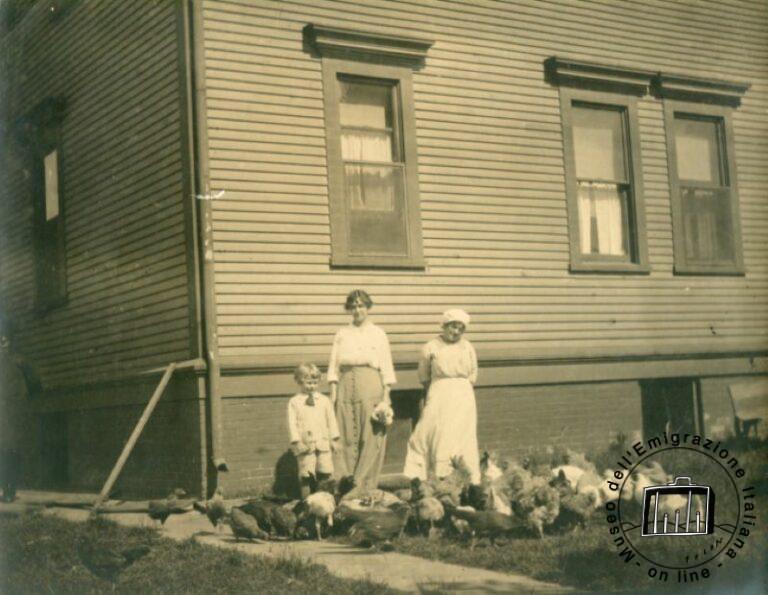 U.S.A., a farmer originally from Italy pictured in front of his farm 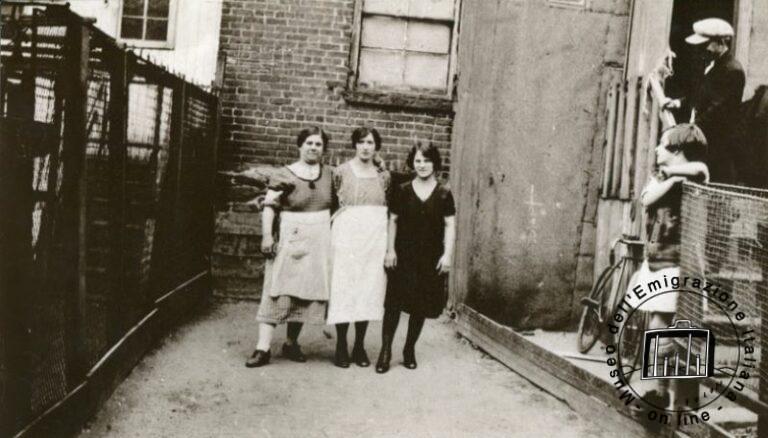 U.S.A., New York. Paola Franchi, in the centre of the picture, with two friends in her courtyard 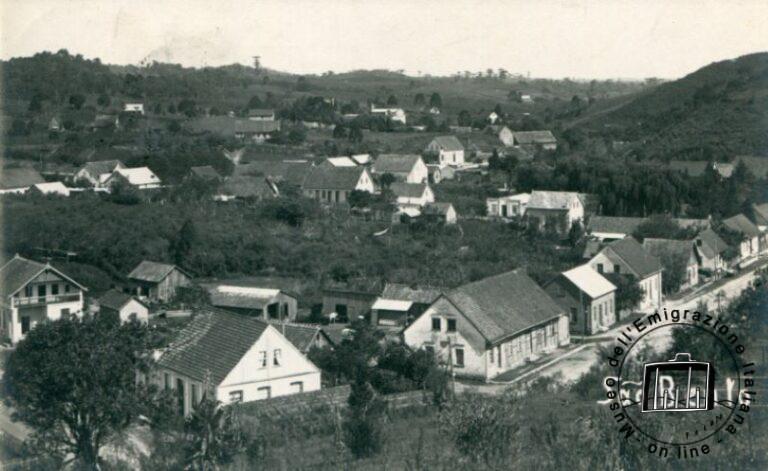 Brazil, Santa Caterina, Sao Bento. There was a large Italian community in the settlement 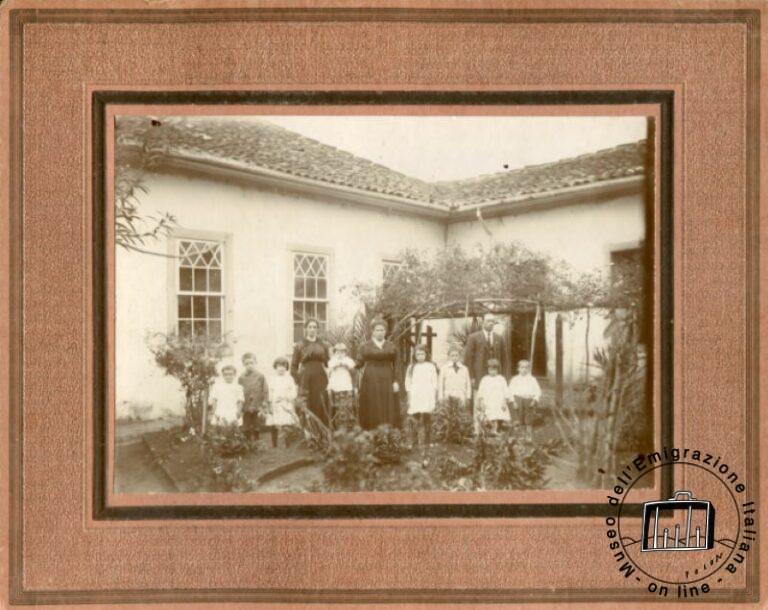 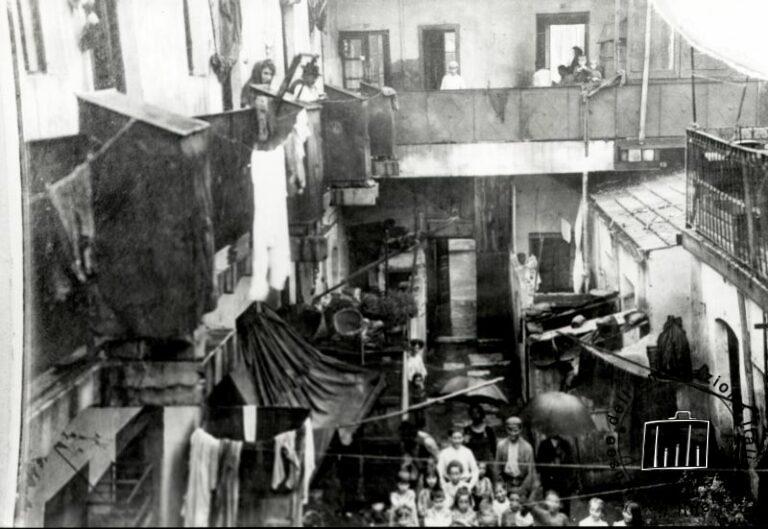 Argentina, Buenos Aires, about 1900. A conventillo, a formerly affluent household turned into lodgings for new immigrants 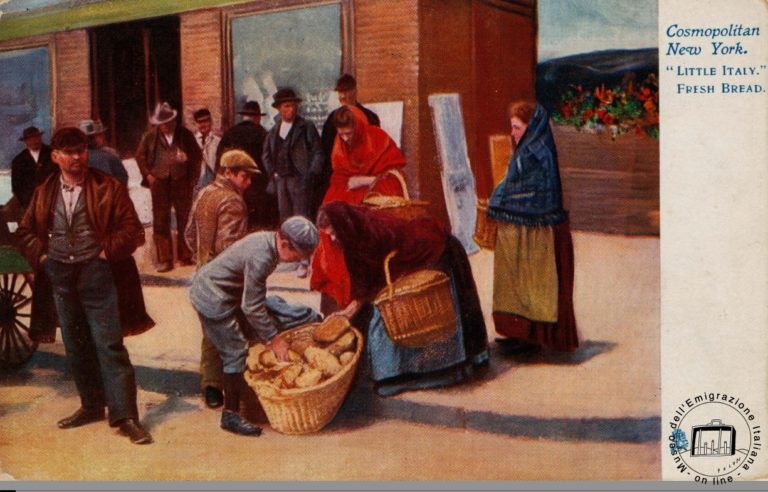 U.S.A., New York, early 1900s. Bread seller
Manage Cookie Consent
To provide the best experiences, we use technologies like cookies to store and/or access device information. Consenting to these technologies will allow us to process data such as browsing behavior or unique IDs on this site. Not consenting or withdrawing consent, may adversely affect certain features and functions.
Manage options Manage services Manage vendors Read more about these purposes
View preferences
{title} {title} {title}