Italian emigration across the Alps to central and western Europe has always been strong, even at the time of major transatlantic emigration. But its seasonal and somewhat temporary nature has always made precise quantification difficult.

Thus, in order to solve major unemployment problems in a country brought to its knees by the Second World War, the Italian government from 1945 onwards encouraged “assisted” emigration, almost exclusively of men, to European countries; this emigration would retain a clear sense of being transitory in nature, given the relative proximity to Italy, even though Italian communities began to become established in particular in Belgium, Switzerland and Germany. 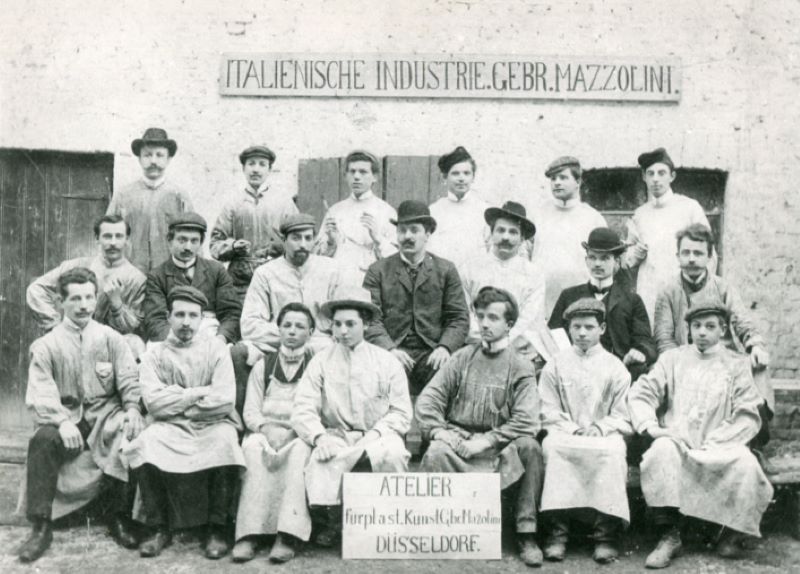 Germany, Düsseldorf, around 1905. Inside the sacred statue factory owned by Adamo Mazzolini
Manage Cookie Consent
To provide the best experiences, we use technologies like cookies to store and/or access device information. Consenting to these technologies will allow us to process data such as browsing behavior or unique IDs on this site. Not consenting or withdrawing consent, may adversely affect certain features and functions.
Manage options Manage services Manage vendors Read more about these purposes
View preferences
{title} {title} {title}